Skype a Scientist matches scientists with classrooms around the world! Scientists will skype into the classroom for 30-60 minute Q and A sessions that can cover the scientist’s expertise or what it’s like to be a scientist. It's a great opportunity for students to get to know a “real scientist” and this program started by graduate student Sarah McAnulty at the University of Conneticut already has a lot of positive feedback as shown in this article on the homepage of San Clemente High School Mayfield whos students recently skyped one of our lab members.
(Follow link below) 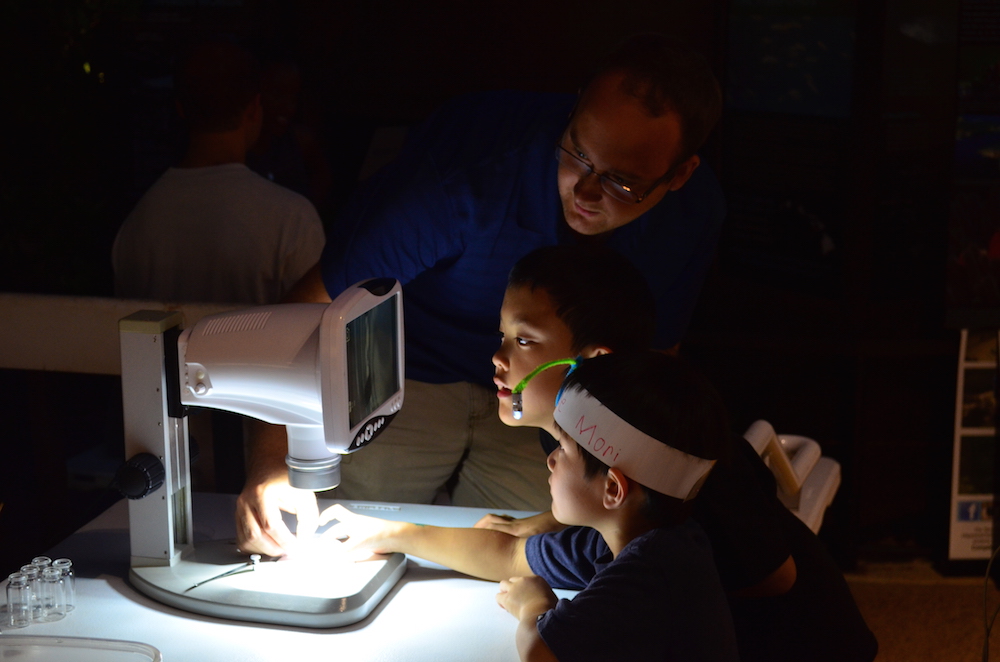 Mysterious Adventures Of The Glow-In-The-Dark Squid

Every year, the Waikiki Aquarium opens it's doors to families for a special night of exploring.2016's theme was "Marine Mysteries" and curious people of all ages - whether still young or young at heart - were invited to learn about the most mysterious habitat on earth—the ocean. Participants had to solve Reef Riddles to be granted the title of "Ocean Detective". Scientists from various fields of marine research participated and revealed new discoveries, and told "stories" of still unsolved mysteries. Many amazing, cryptic sea creatures were displayed for the night and families could observe them in a way they rarely see them. 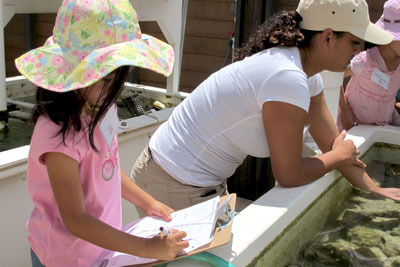 Kewalo Marine Lab graduate student Emi Yamaguchi has taken the lead in establishing an on-going educational relationship with the Hawaiʻi Children's Discovery Center, located a few blocks from Kewalo Marine Lab. She and undergraduate student Tyler Smith have set up educational displays and hands-on exhibits for elementary school children at the Center to teach them about some of the local ocean fauna, including peanut worms, sea hares, and Hawaiian bobtail squid, seeding the interest and excitement for a new generation of marine biologists. 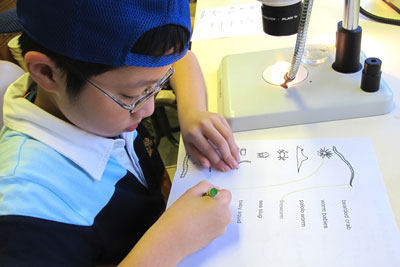 Additionally, Ms. Yamaguchi was involved in the Center's Waterfront Wonders Summer Camp, hosting a group of 16 children at Kewalo Marine Lab. Campers went on a scavenger hunt, searching tanks for sea urchins, sea cucumbers and Hawaiian bobtail squid, then campers traveled to the lab, where they had a chance to look through the dissecting microscope at fireworms, palolo worms, baby bobtail squid, brittle stars, and more. 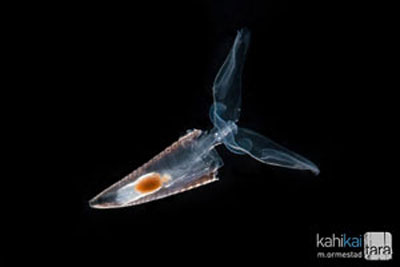 Founded in 2010 by three post-doctoral researchers from the Kewalo Marine Laboratory (Dr. Eric Roettinger, Dr. Mattias Ormestad, and Dr. Aldine Amiel), the non-profit organization Kahi Kai (meaning "one ocean" in Hawaiian) promotes communication and interaction between students, scientists and everyone who is interested and committed to the fascinating, mysterious and endagered marine world. One of the goals is to make complex biological data easily accessible to both research professionals and students, but also to the interested general public. For that, Kahi Kai develops scientific tools (e.g., a comparative gene expression database), captures photographs of sea creatures that can be used for scientific as well as educational purposes, and participates in workshops and lectures at various educational levels. 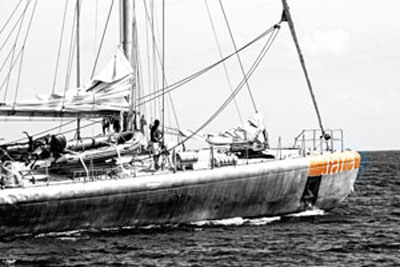 Kahi Kai is also responsible for the macro photography platform on the scientific 3-year Tara Oceans expedition, where Kahi Kai will document marine biodiversity in various places around the globe. During the first year of that expedition, our members joined the research schooner in the Mediteranean sea (Naples to Malta), the Red sea (Djibouti) and the Indian Ocean (Maledives to Mauritius, Mayotte).