Our research focuses on host responses to interactions with beneficial microbes. Within this context, the studies of my laboratory address five major questions: 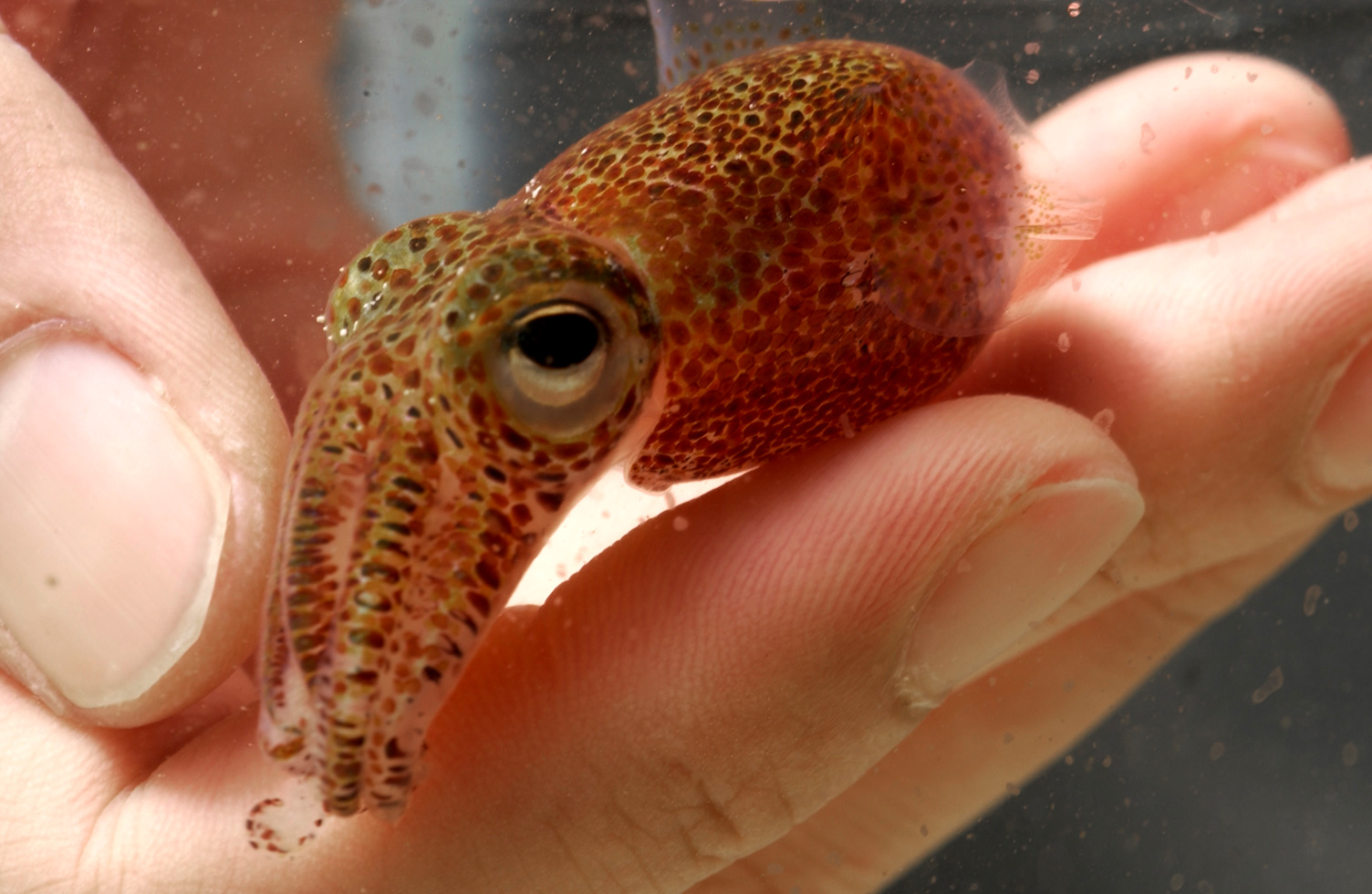 We use the squid-vibrio (Euprymna scolopes-Vibrio fischeri) light organ system as a model to approach these broad questions. Over the past ten years of our development of this system, we have focused on defining the anatomical and biochemical influences of the microbial symbiont on the host, using standard techniques, including confocal, electron and light microscopy and routine protein biochemistry. In recent years, we have added to our approaches the role of symbionts in the induction of host gene expression. To this end, in collaboration with the laboratories of Drs. Bento Soares and Thomas Casavant of the University of Iowa, we have developed a unigene set from the cDNA libraries of the host squid light organ, which contains nearly 14,000 unique genes. We are now launched into RNAseq technology to describe the changes in host gene expression with symbiosis.

Using these techniques, our principal findings with respect to the above-mentioned questions have been as follows:

Our immediate goals are to use the information that is becoming available through bioinformatics to deepen our understanding of the interaction between the host and symbiont in the squid-vibrio association. These data will provide heuristic value for the continued study of the above-described aims. However, although bioinformatics will be brought into the study of this system, the conceptual focus will always remain at the more organismic level, i.e., understanding how two species, from very different phylogenetic origins, manage to form a persistent relationship.